Often referred to as "tapping" or psychological acupressure, EFT is a revolutionary treatment method that offers healing from physical and emotional pain and disease. The EFT process also draws important influence, especially for deep emotional and psychological issues, from the many people who have contributed over the ages to the understanding of human psychology.

The areas we need to address during this adventure we call ‘LIFE’ are not limited to the Mind, body and spirit but also the subconscious, the bodies energy systems and our emotions both at mental and stored at a energetic level – EFT address all
of these areas.

It is still often overlooked, but emotional health is absolutely essential to your physical health and healing. No matter how devoted you are to a proper diet and lifestyle, you will not achieve your body’s ideal healing and preventative powers if emotional barriers stand in your way. 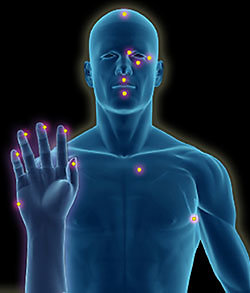 How does it work?

EFT is a very effective way of clearing out feelings and when an unwanted feeling is gone, the limiting beliefs that the client held are released. New positive beliefs about themselves can emerge and replace the negative beliefs. Learning EFT also empowers the client to take charge of handling their emotional state because they can tap on a feeling any time they want to move out a painful feeling.

Similar to acupuncture, EFT focuses on the meridian points — or energy hot spots — to restore balance to your body’s energy. It’s believed that restoring this energy balance can relieve symptoms a negative experience or emotion may have caused. Without the use of needles, this form of therapy uses the fingertips to stimulate energy points on the body. Developed by Gary Craig, this is an easily mastered technique that can be performed virtually anywhere.

Where did EFT come from?

EFT was developed by Gary Craig in the 1990s based on his study of work done by Roger Callahan in Thought Field Therapy (TFT) and this treatment sprang from the idea that, "The cause of all negative emotions is a disruption in the body's energy system."

EFT is based on ancient healing principals over 5,000 years ago, from the ancient Chinese Shoalin and Taoist monasteries. The Eastern healing arts of acupuncture, acupressure, shiatsu massage and reflexology, amongst others, were derived from the energy maps established by these early healers.

More recently, this amazing therapy owes much to the work of Dr George Goodheart, the founder of Applied Kinesiology, and Dr Roger Callahan the founder of TFT Thought Field Therapy. It was in the early ‘90s that one of Dr Callahan’s former students, the Gary Craig simplified the complicated TFT algorithms and made the process universally applicable for all. After stimulating the body’s well established energy meridian points by tapping on them with ones fingertips, mental, emotional and physical issues successfully clear away emotional debris in the form of blocks in the energy meridians. Thus EFT was born.

Who can use EFT?

Anyone and everyone can use this technique. EFT tapping has been used successfully to treat people with a range of issues from mild anxiety to post-traumatic stress disorder (PTSD). In a study, researchers studied the impact of EFT tapping on veterans with PTSD against those receiving standard care. Within a month, participants receiving EFT coaching sessions had significantly reduced their psychological stress. In addition, more than half of the EFT test group no longer fit the criteria for PTSD."

"Even I was sceptical about this technique when I first heard about it and I wasn't convinced it worked. I was curious to learn more so I did some research and I was fortunate enough to find Karl Dawson, a Master trainer who also invented an amazing technique known as 'Matrix Re-imprinting'. Karl was trained directly by Gary Craig and he offered to demonstrate and train me in both techniques. To my astonishment, I learned how well EFT and Matrix Re-Imprinting really does work and so I decided to train as a practitioner myself.

It still amazes me how simple and effective tapping can be, (when applied correctly)... even if you have your doubts like I once did.

Matrix Reimprinting is a brand new Meridian Tapping Therapy that everybody is talking about. It is effective for the treatment of emotional or physical issues, it can also be used to manifest your goals and dreams. It evolved from the popular self-help technique EFT.

Like it’s predecessors, Matrix Reimprinting also uses the Traditional Chinese Medicine meridian system that has been used in acupuncture for thousands of years. EFT has a long and impressive history of resolving physical and emotional health issues. The way it works is that you bring to mind and verbalise, in a specific manner, an issue that you want to work with.

At the same time you tap on points on your meridians with your fingers, and this releases stress and trauma from the body’s energy system, allowing the body-mind to return to a healthy physical and emotional state. Results for EFT have always been phenomenal, and have far and reaching positive consequences for our Western medical model of healing.

So how does Matrix Reimprinting differ from this already established technique?
Well, having evolved from EFT, it also contains some important differences. For example, in conventional EFT tapping on meridian end points is used to take the emotional intensity out of a past memory. What you are left with is to be able to recall your most traumatic and stressful life memories without any emotional disruption or stress, which is obviously extremely useful, as negative past memories keep the body in a state of stress and can contribute to disease. However, with Matrix Reimprinting the memory is actually transformed. You can go into any past memory, say and do what you wished you’d said and done, bring in new resources, and create and transform the picture you have of that memory.

In Matrix Reimprinting we see these past negative memories as being held as pictures or holograms in your body-field. Until you transform them you keep tuning into them on a subconscious level and they affect your health, your wellbeing and your point of attraction. Changing the pictures creates both physical and emotional healing, and enables you to attract more positive experiences into your life. And by tapping on the meridians of the body at the same time, the process is accelerated.

It is important to recognize that this process is very different from denying what happened. From a quantum physics point of view we have any number of possible pasts or futures, and it is simply tuning us into one that is more resourceful, whilst releasing the stress and trauma that we hold in our body-mind and body-field, due to traumatic life events.

Matrix Reimprinting has grown into a whole host of exciting protocols, including ones which can transform:

…and many more. You can even work with past-lives and future selves, and also enhance your work with the Law of Attraction.

Covid-19 Update
During the Coronavirus Pandemic I am able to offer online consultations using video software, I am also happy to offer telephone counselling where preferred. 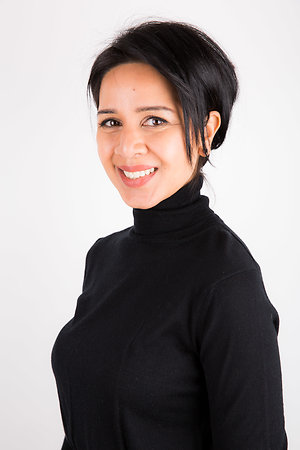 We can work together in more ways than one. Online counselling is popular option.

©2021 Simi Shallon is powered by WebHealer
Cookies are set by this site. To decline them or find out more visit our cookie page